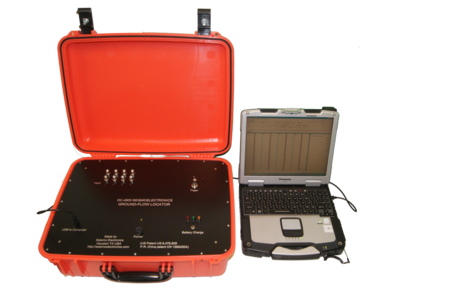 The main problem of buffalo gun is its loud sound blast, which may restrict its use in populated area. We have developed a soundless device in the buffalo gun, and it works very well with the same seismic impact by using a 12 gauge shot gun cartrid.

In order to meet some special requirements of our clients, we have also tested weight drop seismic source methodology of generation in the seismoelectric survey.

The tested data shown the one drop energy of A200 P/S Hammer is similar to a 2.5 inch 12 gauge cartridge acoustic  impulse.  However, the relative cost of this weight drop seismic source is much more than using a buffalo gun.
​ 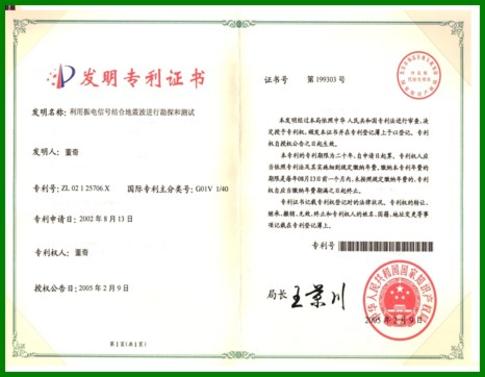 Seismoelectric signals are similar to seismic signals, it depend on five issues; 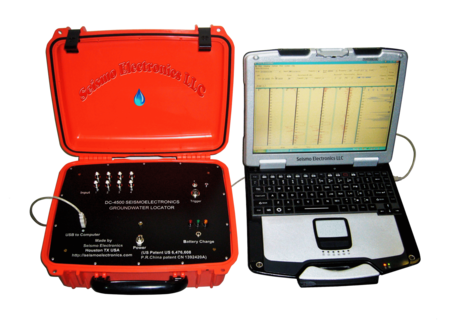 We Have Unique Approach 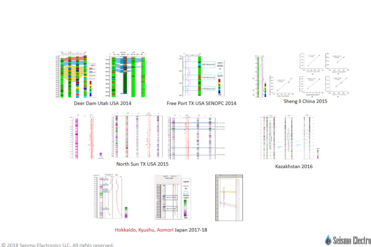 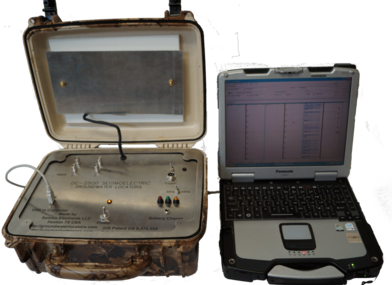 Patented both in US and in China 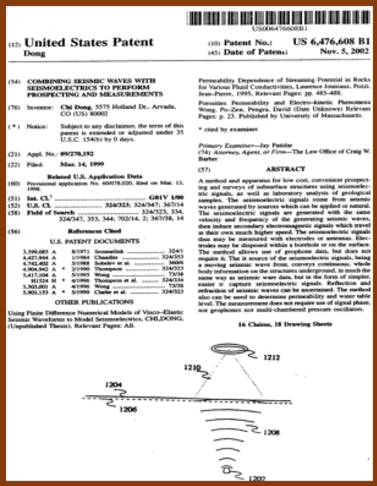 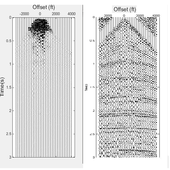 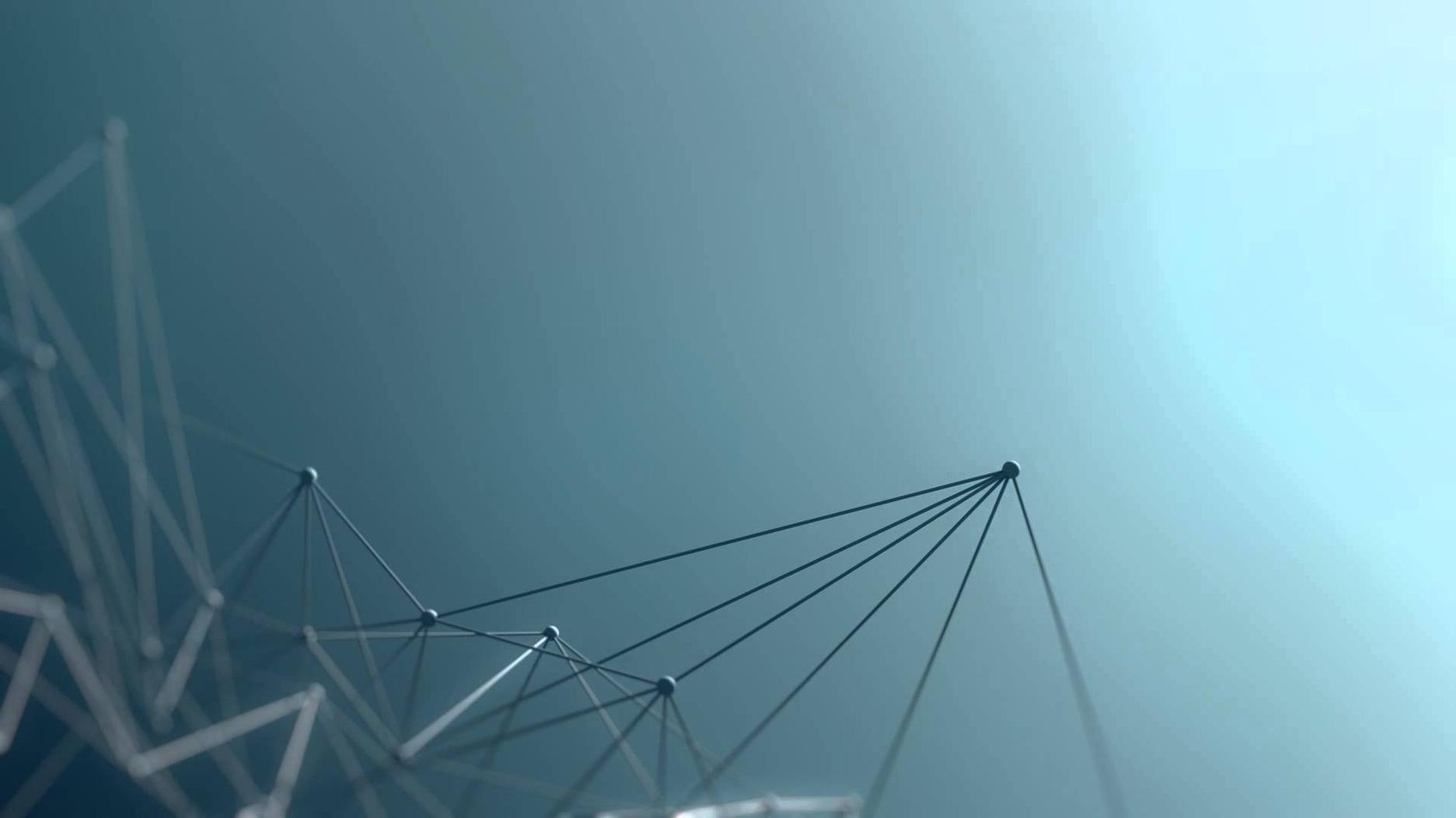 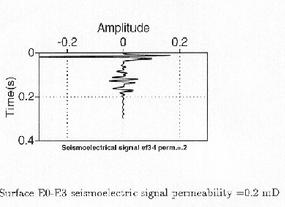 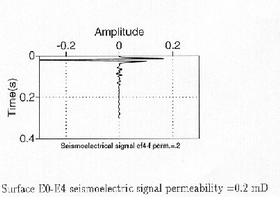 Use of these equations allows us to analyze a streaming potential signal in respect to time and arrive at any two dimensional space. Furthermore, the equivalent sets of equations for three dimensions can obviously be derived. It is also possible to reduce them back to the one- dimensional versions and use that for some surveying. 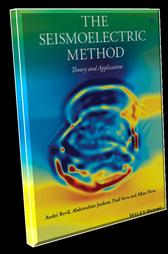 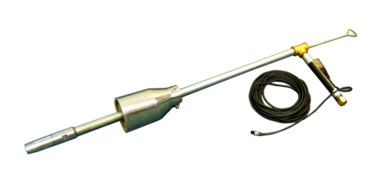 When a seismic wave passes through a porous rock, it causes movement of both the rock frame and the pore fluid. Normally their movements are not at same rate. Relative movement between the water and solid disturbs the electrical double layer which in turn produces electric charge movement. Eventually the variation in electric charge can be detected as a seismoelectric signal. Therefore. velocity and frequency of seismoelectric signals depend directly on the seismic wave (Dong, 1990)

To mathematically derive expressions of seismoelectric effect propagation, an important assumption is made that seismoelectric signals “propagate” at the same velocity as its inducing seismic wave. This assumption is validated through its similarity to headlight traces observed on a highway. A travelling car and its taillight represent the seismic wave and the seismoelectric signal it generates, respectively. As light speed is obviously faster than car speed, we can observe the movement of a car by tracking its tailing light in a dark night. Similarly, electric current transmits much faster than seismic waves in rocks. The transit time of electric current from the affected rock to a detector on the ground is omitted. By honoring our assumption, one can plot the propagation of seismoelectric effect the same way as of its inducing seismic wave.

In the case where two (one pair of) electrodes were placed inside of the seismic field, the streaming potential is measured during the interval while the seismic wave travels from the one electrode to the other. After time zero, as seismic waves penetrate into deeper layers of subsurface along with wave front, the seismoelectric signal measured corresponds to response at a certain time or depth. Apply the Helmholtz equation to the whole body effect, and express the results in terms of stress in the rock, yields

where E（t) is streaming potential, ω is the frequency of the seismic wave, Δρ is the density difference between the rock and the water, P1 and P2 are rock stresses of the seismic wave at electrodes 1 and 2,  εis the permittivity of dielectric of the fluid, ζ is the zeta potential, η is the viscosity and σ is the fluid conductivity.  π is pai(3.1415926).

Two dimensional seismoelectric signal propagation equations in accordance with the stress-strain relation (Voigt's solid formula) can then be developed from the Helmholtz equation (Dong, 2002):

A seismoelectric recording system. Consist of  seismoeletric signal data pre-adjusters and computer control. A military grade computer used as the control with built in GPS.

In the general survey,  unit obtains both the seismic signal, and the  combined seismoelectric signals. The  seismoelectric survey monitor receiver is used in a civil engineering  ground water  related survey.

The nature of generation  of the Seismic source is critical to the seismic and seismoelecric survey results.

The sledge hammer is popular for most shallow seismic refraction  surveys using a multichannel seismograph, but the range of impact is limited. The "buffalo gun" has  a wider and deeper impact range of acoustic energy  and has been used in the field with great success with the seismoelectric  method.